Why is shoplifting so easy?

Invitation to shoplift? The police will not prosecute you

On the 3th of August 2021, HOOVER Institution, part of Stanford University, published an extraordinary article on the Internet. According to Hoover Institution, the state of California is giving shoplifters an open invitation to come and shop without paying. Why? Because stealing goods worth $950 or less is only a misdemeanor under the law, which means the police won’t bother to investigate, and if they do, prosecutors will let it go.

Why aren’t shop employees doing something about this theft?

Because they don’t want to take the risk knowing that a Rite Aid employee was killed after trying to stop two thieves. Moreover, there is a risk that a confrontation in the shop will harm not only the store employees but also the customers, so the employees have almost certainly been instructed by their managers not to do anything, according to Hoover’s article.

In an article published by the San Diego Union-Tribune on December 12, 2021, the question of whether California needs stricter laws against shoplifting is answered by most experts as YES. According to the National Association for Shoplifting Prevention in Melville, NY, shoplifting results in a loss of approximately $50 billion a year to the US retail industry.

Everyone will understand that the cost of shoplifting is factored into item prices. So, we all contribute to this form of crime. Unfortunately, shoplifting is not just a problem in California. Shoplifting happens in every country.
Of course, most supermarkets today are equipped with detection gates and many expensive products have a security sticker, but even so, more and more supermarkets are experiencing shoplifting. And it isn’t about a single article that disappears in a pocket or bag but it’s about shoplifting where shopping trolleys are loaded with valuable products without paying for them.
How easy is it to load up a shopping cart and leave the supermarket without paying? Real ease when you know that the staff has been instructed not to intervene in case of shoplifting.

Shoplifting is of all times. In recent years, supermarkets have seen a sharp increase in the number of shoplifting incidents. Groceries are becoming more expensive, and many shoplifts are committed on impulse. Barbera Staib of the National Association for Shoplifting says that 70% of shoplifting is not planned in advance but the idea of stealing arises while shopping in the supermarket. The NASP provides the shocking facts of shoplifting on its website.

Is your store a shoplifters dream?

➔ The frequency and magnitude of shoplifting results in nearly $50 billion in retail crime annually
➔ Approximately 1 in 11 Americans shoplift
➔ 550,000 shoplifting Incidents per day
➔ Stores lose more than $45 million a day to shoplifting; communities lose the corresponding tax revenue
➔ Shoplifters say they are caught, on average, just once in every 49 times they steal
➔ Chronic offenders say they are arrested once in every 100 times they steal
➔ 79% of criminal justice professionals surveyed state that shoplifting is a gateway to more costly and violent crime
➔ Each time an offender enters the criminal justice system, the cost to taxpayers is upwards of $2,000

Why do shoppers steal so easily?

It is obvious that most products stolen in supermarkets are expensive products. Among shoplifters, meat, baby food, cheese, energy drinks and liquors are especially popular to steal.
According to Dr. Read Hayes of the Loss Prevention Research Council, greed is often the reason for the theft. Shoplifters also often justify their theft with arguments such as: “life is already so expensive”, “I have worked hard enough to reward myself” or “it is a big company, they already earn so much and do not notice this small theft”.

The Toronto Star of February 8, 2022, quotes a report from Canada’s Food Price Report of December 2021. According to this report a growing phenomenon related to increasing food insecurity caused by high inflation is theft from grocery stores. This is anticipated to intensify in 2022.
“Grocers are anecdotally reporting an uptick in theft, particularly of items such as meat, cheese, over-the-counter medication, and energy drinks. Unreported loss to theft could be as high as $3,000 to $4,000 each week in some Canadian grocery stores.”

A major study by the University of Leicester in 2015 found that self-scanning checkouts and self-scanners caused a doubling of shoplifting. Have you ever shopped at the self-checkout lane and realized how easy shoplifting can be?

A British website dedicated to money-saving strategies, www.watchmywallet.co.uk
surveyed some 5,000 people to find that nearly one-third of shoppers have stolen from their supermarkets while using the self-service checkout lanes.

The Leicester University study also found that in many supermarkets shoplifting is not well documented because large losses due to theft are seen as “poor shop management”.

Does your store need our solution? Let us know and we are happy to make you an offer. 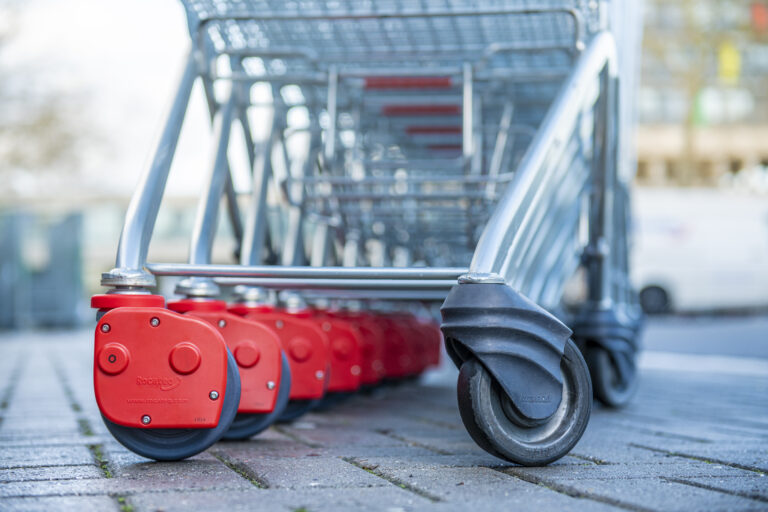 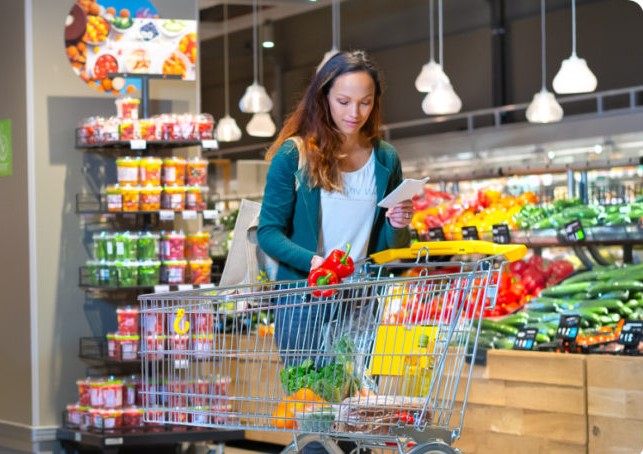 Stay up to date with the latest news via our newsletter.
Copyright © 2000-2022 Rocateq
Privacy Disclaimer Sitemap Realisatie: Bureau Bright